Below are two screenshots of the projects that I’m actively working on at the moment.

I know that the cube looks pretty amazing, so I’ll start with that one. It’s my attempt at making my own Game Engine, using C++ and OpenGL.

It’s probably the hardest of the two projects, since I still have to look up how to do very basic things in C++. And I’ve had quite a few segfaults by now, but I’m fighting my way through it.

Currently it supports creating a triangle or a cube primitive along with a Camera with perspective transformation. You can create a scene with custom components that transforms these primitives (move them around or scale them), and reacting to keyboard input.

It sounds simple, but I’ve learned a lot just making it to here. Next up is adding some lighting. 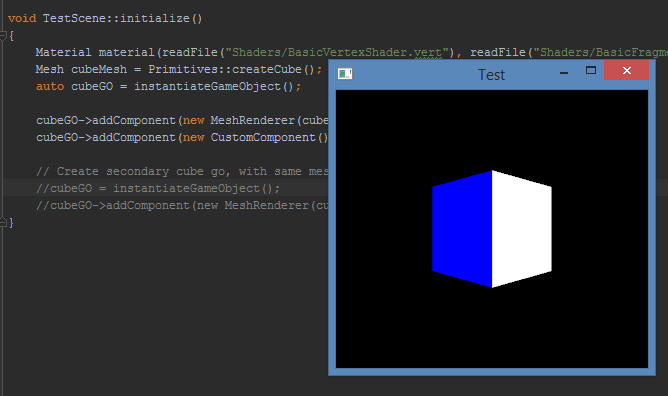 The second project takes up most of my time, but it’s also progressing really nicely. I’m working on it with a classmate from university.

The game is explained more easily with a video, but here’s a recent screenshot: 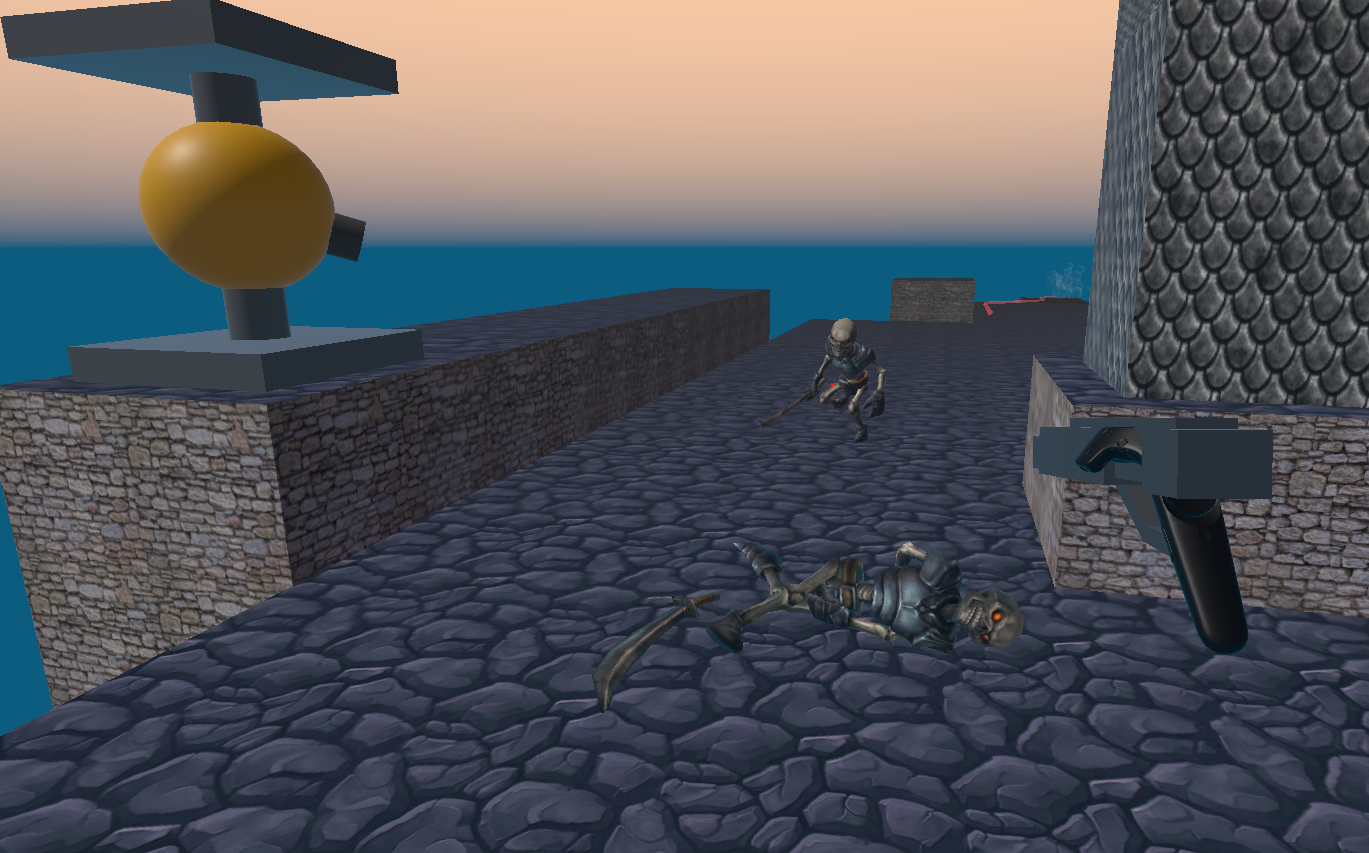